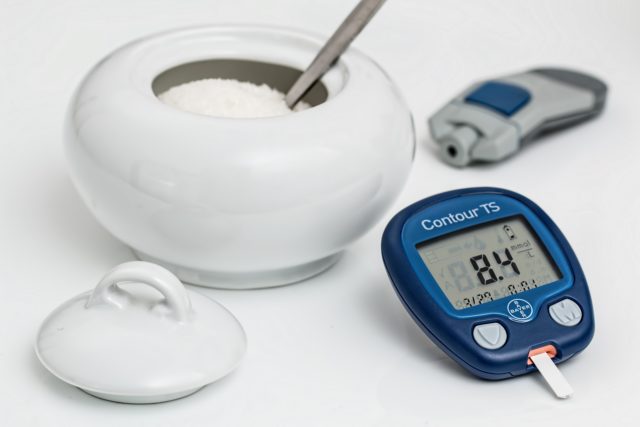 The bionic pancreas system developed by Boston University (BU) investigators proved better than either conventional or sensor-augmented insulin pump therapy at managing blood sugar levels in patients with type 1 diabetes living at home, with no restrictions, over 11 days. The report of a clinical trial led by a Massachusetts General Hospital (MGH) physician is receiving advance online publication in The Lancet.

“For study participants living at home without limitations on their activity and diet, the bionic pancreas successfully reduced average blood glucose, while at the same time decreasing the risk of hypoglycemia,”

“For study participants living at home without limitations on their activity and diet, the bionic pancreas successfully reduced average blood glucose, while at the same time decreasing the risk of hypoglycemia,” says Steven Russell, MD, PhD, of the MGH Diabetes Unit. “This system requires no information other than the patient’s body weight to start, so it will require much less time and effort by health care providers to initiate treatment. And since no carbohydrate counting is required, it significantly reduces the burden on patients associated with diabetes management.”

Developed by Edward Damiano, PhD, and Firas El-Khatib, PhD, of the BU Department of Biomedical Engineering, the bionic pancreas controls patients’ blood sugar with both insulin and glucagon, a hormone that increases glucose levels. After a 2010 clinical trial confirmed that the original version of the device could maintain near-normal blood sugar levels for more than 24 hours in adult patients, two follow-up trials – reported in a 2014 New England Journal of Medicine paper – showed that an updated version of the system successfully controlled blood sugar levels in adults and adolescents for five days. Another follow-up trial published in The Lancet Diabetes and Endocrinology in 2016 showed it could do the same for children as young as 6 years of age.

While minimal restrictions were placed on participants in the 2014 trials, participants in both spent nights in controlled settings and were accompanied at all times by either a nurse for the adult trial or remained in a diabetes camp for the adolescent and pre-adolescent trials. Participants in the current trial had no such restrictions placed upon them, as they were able to pursue normal activities at home or at work with no imposed limitations on diet or exercise. Patients needed to live within a 30-minute drive of one of the trial sites – MGH, the University of Massachusetts Medical School, Stanford University, and the University of North Carolina at Chapel Hill – and needed to designate a contact person who lived with them and could be contacted by study staff, if necessary.

The bionic pancreas system – the same as that used in the 2014 studies – consisted of a smartphone (iPhone 4S) that could wirelessly communicate with two pumps delivering either insulin or glucagon. Every five minutes the smartphone received a reading from an attached continuous glucose monitor, which was used to calculate and administer a dose of either insulin or glucagon. The algorighms controlling the system were updated for the current trial to better respond to blood sugar variations.

While the device allows participants to enter information about each upcoming meal into a smartphone app, allowing the system to deliver an anticipatory insulin dose, such entries were optional in the current trial. If participants’ blood sugar dropped to dangerous levels or if the monitor or one of the pumps was disconnected for more than 15 minutes, the system would alerted study staff, allowing them to check with the participants or their contact persons.

Study participants were adults who had been diagnosed with type 1 diabetes for a year or more and had used an insulin pump to manage their care for at least six months. Each of 39 participants that finished the study completed two 11-day study periods, one using the bionic pancreas and one using their usual insulin pump and any continous glucose monitor they had been using. In addition to the automated monitoring of glucose levels and administered doses of insulin or glucagon, participants completed daily surveys regarding any episodes of symptomatic hypoglycemia, carbohydrates consumed to treat those episodes, and any episodes of nausea.

The system performed even better during the overnight period, when the risk of hypoglycemia is particularly concerning. “Patients with type 1 diabetes worry about developing hypoglycemia when they are sleeping and tend to let their blood sugar run high at night to reduce that risk,” explains Russell, an assistant professor of Medicine at Harvard Medical School. “Our study showed that the bionic pancreas reduced the risk of overnight hypoglycemia to almost nothing without raising the average glucose level. In fact the improvement in average overnight glucose was greater than the improvement in average glucose over the full 24-hour period.”

Damiano, whose work on this project is inspired by his own 17-year-old son’s type 1 diabetes, adds, “The availability of the bionic pancreas would dramatically change the life of people with diabetes by reducing average glucose levels – thereby reducing the risk of diabetes complications – reducing the risk of hypoglycemia, which is a constant fear of patients and their families, and reducing the emotional burden of managing type 1 diabetes.” A co-author of the Lancet report, Damiano is a professor of Biomedical Engineering at Boston University.

The BU patents covering the bionic pancreas have been licensed to Beta Bionics, a startup company co-founded by Damiano and El-Khatib. The company’s latest version of the bionic pancreas, called the iLet, integrates all components into a single unit, which will be tested in future clinical trials. People interested in participating in upcoming trials may contact Russell’s team at the MGH Diabetes Research Center in care of Llazar Cuko (LCUKO@mgh.harvard.edu ).