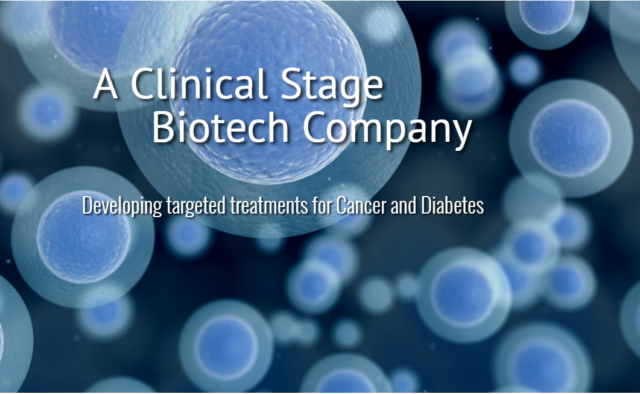 The article, titled “Spontaneous involution of pediatric low-grade gliomas: high expression of cannabinoid receptor 1 (CNR1) at the time of diagnosis may indicate involvement of the endocannabinoid system,” showed that activators of the endocannabinoid system offer potential therapeutic opportunities for children with pediatric low-grade gliomas (P-LGG). P-LGGs consist of a mixed group of brain tumors that represent the majority of central nervous system tumors in children. Some P-LGGs exhibit spontaneous shrinking after less than total surgical removal. For the first time, spontaneous shrinking of P-LGG has been suggested to be induced by endocannabinoids.

It is clear that PharmaCyte is on the right track to developing targeted therapies for deadly cancers.

PharmaCyte’s Chief Executive Officer, Kenneth L. Waggoner, commented, “It is clear that PharmaCyte is on the right track to developing targeted therapies for deadly cancers. The research reported in the journal Child’s Nervous System, as well as other research, continues to demonstrate the anti-cancer properties of cannabinoids. We remain confident that Cell-in-a-Box® offers a safe and versatile platform for targeted chemotherapy delivery to cancerous tumors in the brain.”

The researchers investigated molecular indicators of spontaneous shrinking in P-LGGs and found that tumors that remained stable or had spontaneous shrinking after surgery had significantly higher levels of expression of the CNR1 gene at the time of diagnosis. They hypothesize that high expression levels of CNR1 make P-LGGs more susceptible to the anticancer effects of normally occurring substances in the body known as endocannabinoids. By extension, plant-derived phytocannabinoid molecules, such as tetrahydrocannabinol (THC) and cannabidiol (CBD), may provide similar effects through their known interaction with endocannabinoid receptors like CNR1.

An abstract of the research may be viewed at: https://www.ncbi.nlm.nih.gov/pubmed/27613640

PharmaCyte’s cannabinoid program at the University of Northern Colorado involves developing a bioengineered cell line that will activate a cannabinoid-based prodrug into its cancer-killing form and then encapsulating these cells using the Cell-in-a-Box® encapsulation technology. When the capsules are implanted near the tumor and the cannabinoid prodrug is administered to a patient, targeted chemotherapy results. Prodrugs of THC and CBD are candidates for this program, and brain cancer is PharmaCyte’s initial target using this cannabinoid therapy.

Mark L. Rabe, MD, a member of PharmaCyte’s Medical and Scientific Advisory Board, commented, “It is fascinating to think the body has built-in anti-cancer capabilities in the form of the endocannabinoid system. Cell-in-a-Box® offers an ideal way to leverage the endocannabinoid system’s power by delivering THC and CBD to brain tumors like P-LGG in a targeted fashion, with the potential benefits of enhanced efficacy and fewer side effects.”

About PharmaCyte Biotech
PharmaCyte Biotech is a clinical stage biotechnology company developing therapies for cancer and diabetes based upon a proprietary cellulose-based live cell encapsulation technology known as “Cell-in-a-Box®.” This technology will be used as a platform upon which therapies for several types of cancer and diabetes are being developed. PharmaCyte’s therapy for cancer involves encapsulating genetically engineered human cells that convert an inactive chemotherapy drug into its active or “cancer-killing” form. These encapsulated cells are implanted as close to the patient’s cancerous tumor as possible. Once implanted, a chemotherapy drug that is normally activated in the liver (ifosfamide) is given intravenously at one-third the normal dose. The ifosfamide is carried by the circulatory system to where the encapsulated cells have been implanted.  When the ifosfamide comes in contact with the encapsulated cells they act as an artificial liver and activate the chemotherapy drug at the source of the cancer. This “targeted chemotherapy” has proven effective and safe to use in past clinical trials and results in no side effects.

In addition to developing a novel therapy for cancer, PharmaCyte is developing a treatment for Type 1 diabetes and insulin-dependent Type 2 diabetes. PharmaCyte plans to encapsulate a human cell line that has been genetically engineered to produce, store and release insulin in response to the levels of blood sugar in the human body. The encapsulation will be done using the Cell-in-a-Box® technology. Once the encapsulated cells are implanted in a diabetic patient they will function as an “bio-artificial pancreas” for purposes of insulin production.

More information about PharmaCyte Biotech can be found at www.PharmaCyte.com. It can also be obtained by contacting Investor Relations.