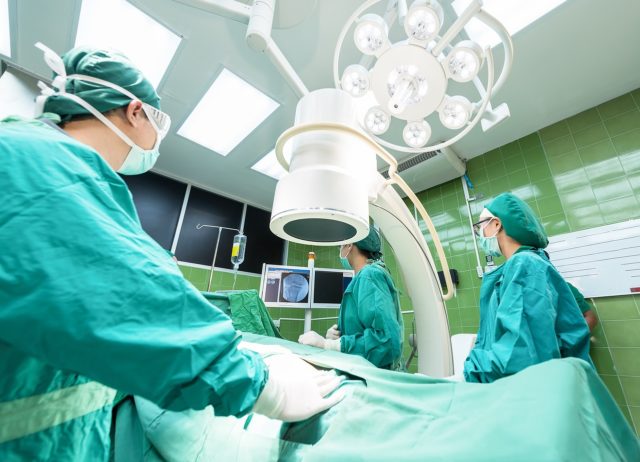 Today, more than 20 leading biopharmaceutical companies announced the launch of the AMR Action Fund [www.AMRactionfund.com], a ground-breaking partnership that aims to bring 2-4 new antibiotics to patients by 2030. These treatments are urgently needed to address the rapid rise of antibiotic-resistant infections – also called antimicrobial resistance, or AMR. The companies have raised so far nearly US$1 billion new funding to support clinical research of innovative new antibiotics that are addressing the most resistant bacteria and life-threatening infections. Through the AMR Action Fund, pharmaceutical companies will join forces with philanthropies, development banks, and multilateral organizations to strengthen and accelerate antibiotic development. The Fund will focus on urgent public health needs. It will provide much needed financial resources, as well as important technical support to help biotech companies bring novel antibiotics to patients.

AMR is a looming global crisis that has the potential to dwarf COVID-19 in terms of deaths and economic costs. While tragically the death toll of COVID-19 continues to rise, each year 700,000 people are dying from AMR. In some of the most alarming scenarios, it is estimated that by 2050 AMR could claim as many as 10 million lives per year.

“Unlike COVID-19, AMR is a predictable and preventable crisis. We must act together to rebuild the pipeline and ensure that the most promising and innovative antibiotics make it from the lab to patients,” said Thomas Cueni, Director General of the IFPMA, one of the organizers of the new fund. He adds: “The AMR Action Fund is one of the largest and most ambitious collaborative initiatives ever undertaken by the pharmaceutical industry to respond to a global public health threat”.

The world urgently needs new antibiotics, but there are few in the pipeline because of a paradox: despite the huge societal costs of AMR, there is currently no viable market for new antibiotics. New antibiotics are used sparingly to preserve effectiveness, so in recent years, a number of antibiotic-focused biotechs have declared bankruptcy or exited this space due to the lack of commercial sustainability, resulting in the loss of valuable expertise and resources. The consequence is a huge public health need for new antibiotics, but a lack of funding available for antibiotic R&D, particularly the later stages of clinical research. This creates a “valley of death” between discovery and patient access.

“With the AMR Action Fund, the pharmaceutical industry is investing nearly US$1 billion to sustain an antibiotic pipeline that is on the verge of collapse, a potentially devastating situation that could affect millions of people around the world,” said David Ricks, Chairman and CEO of Eli Lilly and Company and President of IFPMA. “The AMR Action Fund will support innovative antibiotic candidates through the most challenging later stages of drug development, ultimately providing governments time to make the necessary policy reforms to enable a sustainable antibiotic pipeline.”

While the AMR Action Fund is an important step in addressing the challenge of AMR, policymakers across the globe must enact market-based reforms, including reimbursement reform and new pull incentives, to revitalize the antibiotics market and drive sustainable investments in antibiotic R&D. Until then, the biopharmaceutical industry is taking action now to support the current pipeline of antibiotics.

The AMR Action Fund expects to invest more than US$1 billion with the support of future partners into a portfolio of companies to address the funding gap for the financing of antibiotic development. The Fund is expected to be operational during the fourth quarter of 2020.

For more details on the AMR Action fund, visit www.AMRactionfund.com.

Messages of support for the AMR Action Fund

“AMR is a slow tsunami that threatens to undo a century of medical progress. I very much welcome this new engagement of the private sector in the development of urgently-needed antibacterial treatments. WHO looks forward to working with the AMR Action Fund to accelerate research to address this public health crisis.” Dr Tedros Adhanom Ghebreyesus, Director General World Health Organization

“EIB is actively supporting identified market failures with innovative financial instruments, antimicrobial resistance is clearly one. We welcome the opportunity to join forces with public and private actors, such as the pharmaceutical industry, philanthropic funders, multilateral development banks, and the World Health Organization to tackle this threat. The initiative is aligned with the EIB’s core objectives in health and we are proud to be part of the origination group of the new AMR Action Fund.”Werner Hoyer, President, EIB (European Investment Bank)

The AMR Action Fund is an initiative from over 20 leading biopharmaceutical companies that have pledged to invest nearly US$1 billion, with the aim to bring 2-4 new antibiotics to market by 2030. The AMR Action Fund will invest in small companies developing innovative antibacterial treatments. It will forge partnerships with institutions and philanthropic organizations, development banks, and multilateral organizations to strengthen and accelerate antibiotic development. It will also work with governments to ensure there is a sustainable pipeline of new antibiotics to fight superbugs.

The concept of the AMR Action Fund was developed by the IFPMA and the Biopharmaceutical CEOs Roundtable (BCR), and biopharmaceutical companies and foundation, in collaboration with the World Health Organization (WHO), The European Investment Bank (EIB), and the Wellcome Trust.