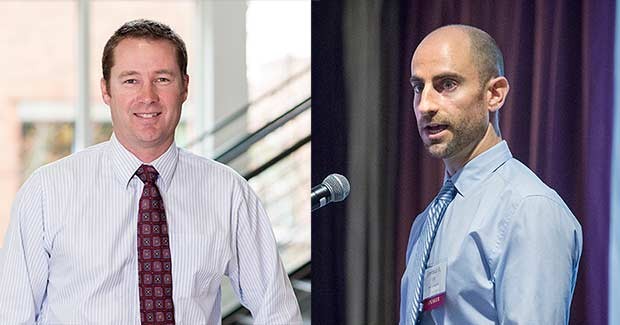 Infections are a common, and often dangerous, side effect of many cancer therapies that can damage the immune system, including chemotherapy, bone marrow transplant and certain targeted drugs. Learning how to control these infections over the past decades has saved countless lives.

In CAR T-cell therapy, patients’ immune cells are genetically reprogrammed to kill their cancer cells. But aspects of the strategy, along with treatments patients may have received previously, can significantly impair the immune system, leaving patients vulnerable to infections.

“Understanding the impact of infectious complications of CD19 CAR T-cell immunotherapy is an important goal that will help us design safer ways to give CAR T cells in the future,” said Dr. Cameron Turtle, an immunotherapy researcher who is one of the study’s leaders. The new paper joins two others recently published by Turtle and his colleagues characterizing cytokine release syndrome and neurological side effects of CAR T-cell therapy.

The Fred Hutch–led team reported on three months of data from 133 adult patients with three different advanced, treatment-resistant blood cancers. The patients were enrolled in an ongoing trial of one CAR T-cell product conducted at the Fred Hutch/University of Washington Cancer Consortium.

The infection rate was highest in the first month after patients received their genetically engineered immune cells, with 43 infections in 30 patients. The incidence rate and types of infections they observed — which included bacterial, viral and fungal infections — were comparable to those seen in recent trials of other, non–T-cell treatments in similar cancer patients, the team reported. An infection caused or contributed to the deaths of two patients. Additional research will be required to better characterize the risks of late infections that occur longer after CD19 CAR T-cell therapy, the scientists said.

The researchers identified several independent risk factors for infection, including cancer type, number of prior treatments, CAR T-cell dose, and severity of cytokine release syndrome, or CRS — a CAR T-cell–related toxicity characterized by a spectrum of symptoms ranging from fever to life-threatening low blood pressure.

The rate of infections and their severity went down after the researchers optimized their dosing strategy to reduce the rates of CRS and related toxicity, they reported.

It’s unclear whether CRS is directly increasing risk for subsequent infections, he said, or whether other factors — such as hospitalization and supportive care measures required by patients with CRS — are contributing.

This new study “sets a benchmark,” Hill said, for the field to begin to make progress in understanding and reducing infectious complications of CAR T-cell therapies, just as cancer researchers have done before for other therapies.

“Some of the best advances we’ve made in long-term outcomes [for cancer patients] have been through tailored interventions to control infectious complications that would otherwise limit the use of lifesaving chemoimmunotherapies,” Hill said.

This study was published online in the journal Blood on October 16. It was funded by the National Institutes of Health, Juno Therapeutics Inc., the Life Science Discovery Fund and the Bezos family.

Note: Scientists at Fred Hutch played a role in developing these discoveries, and Fred Hutch and certain of its scientists may benefit financially from this work in the future.

Are you interested in reprinting or republishing this story? Be our guest! We want to help connect people with the information they need. We just ask that you link back to the original article, preserve the author’s byline and refrain from making edits that alter the original context. Questions? Email us at communications@fredhutch.org

Susan Keown, a staff writer at Fred Hutchinson Cancer Research Center, has written about health and research topics for a variety of research institutions, including the National Institutes of Health and the Centers for Disease Control and Prevention. Reach her at skeown@fredhutch.org or on Twitter @sejkeown.